Geoffrey Miller is the force behind Energy Bat Labs. The technologies built at Energy Bat Labs easily have the power to change the way we live on this planet. Electrical energy generation doesn’t have to be a polluting process. It can be done in a nearly completely clean manner. Geoffrey has shown that the carbon and pollution generating footprint can be reduced with each new iteration of generators and motors built.

Geoffrey Miller has spent the last 50 years in near solitude building many dozen prototypes of these types of electrical devices. Testing the efficiencies and outputs of these unique technologies definitely defy and stretch certain aspects of the electrical side of physics, as we understand it. Geoffrey is a firm believer in the ether as a primary force in the universe, and his use of this understanding reveals gaps in our electrical theories and how we apply them in our technologies. When electric motors and electrical generators are built to exceed the intended limitations of current electrical theory, efficiencies can improve dramatically. Geoffrey’s physical device modeling work has shown these exceptional improvements literally thousands of times covering many technological bases.

Geoffrey’s recent work has been shown ways to improve the efficiencies of battery charging systems, while improving the batteries’ internal environments that extend the life of the battery dramatically. Water and air turbine designs have also gone under the knife showing how efficiencies can be greatly improved with shifts in design perspective. Studying the science of the direct forces involved in energy generation and usage have revealed design flaws that are really opportunities for improvement, sometimes significant improvements can result.

Being aligned with the alternative physics world for so many years, Geoffrey has had the opportunity to know and communicate with some of the true movers and shakers of this industry. Geoffrey was fortunate to work directly with Joseph Newman at Joe’s own lab. He helped Joe build a better version of his own Newman motor, which was incredibly powerful and efficient to begin with. Joe Newman’s spark has certainly rubbed off on Geoffrey Miller as now is the right time for this technology of Geoffrey’s to finally get out in front of the public. Corporate misdirection has gone on long enough, its now time to let the truth in science finally shine and see the light of a new day. 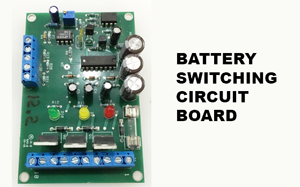 This circuit board was designed to allow for the switching of battery banks in your DIY energy project. This board provides the logic to be used with relays which will allow you to charge one battery bank while utilizing another during continuous operation.

Those who are familiar with the Bedini School Girl Radiant Charger will find this as a welcome solution to your battery swapping needs. In the past experimenters had to manually swap power supplies or create their own automated solution. This charging board does the “battery babysitting” work for you. 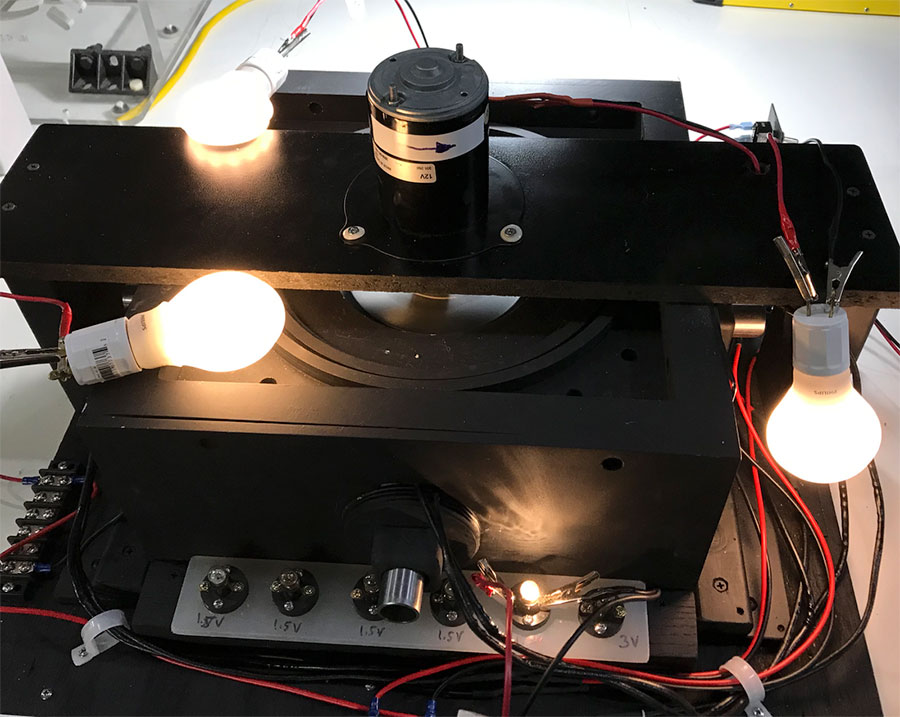 We have a lab conducting research in the alternative energy field. The lab itself is set up to take an idea from scratch to a final workable product. Some ideas will work out and some ideas will not work out. The Projects on this website have been ongoing experimental work for years.

We have been experimenting on energy related issues and electricity for the past 45 years and we have decided to show some of our work. Some of the projects are other fellow experimenters in alternative energy field. We have tested some of the other experimenters work for commercial feasibility as well as our own experiments.

Located near the city of Philadelphia, this physics and electrical research lab has been prototyping designs for 50 years. The almost singular focus has been on alternative energy generation for off-grid usage. Using exceptional theory/patent/design interpretations, technological devices have been built and remodeled showing off some of the finer recreations of work by Bearden, Bedini, Tesla, Newman, and others who work quietly in the background. The physical modeling of the devices and data collection of the electrically generated empirical evidence are first-rate. Devices have been created that push into the new physics territories of applied electrical principles and take it to new heights.

Go to the EBL Battery Technology for Licensing page here 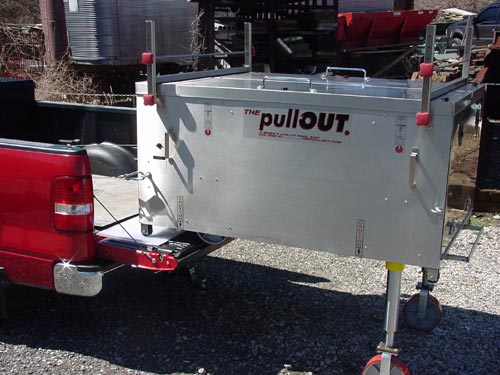 Introducing a revolutionary new advancement in the field of pick-up truck bed technology. The Pull Out is a mobile tool/utility box. It is fully removable,completely portable and height adjustable.

In short, a dynamic work station! It fits in the back of a pick-up truck and when removed, stands on legs and wheels which lower to the ground, either manually or hydraulically by remote control. The Pull Out unit can be loaded in or out of the truck by one person!!!

Go to the EBL Mobile Utility Toolbox page for Licensing